I've had six past and one future lifetime in Capella ~ so far ~ that I know of!, including a bridled bear, like in the Golden Compass, a small rodent, and a sort of fox/racoon. I was an elemental tree helper also. One was a human lifetime doing animal testing for cancer cures, which is a shock as I don't appreciate that sort of thing, but I can't judge now lol. You can see why there is no room for judgement in the cosmos, as we are everything and have been everything. In the animal testing lifetime, I was living on a city, or larger-sized space vessel, and I took a year out to live on a planet in the Rigel Star system in the Orion constellation. I also took another mission in Avyon in Lyra and the link is here. I was also a panther energy being.

The StoryBook Expander of Capella

As you can see I'm a sort of panther man here. Hey it's nice to be blonde though! This is how I know my panther guide on my logo, but I am very sure she has been just as many different beings as I have! This is a sort of elemental role (brown) in the form of energy expansion (orange). He is part energy being - part physical being in the fifth density, with glowing eyes. This is the expansion of nature on a physical planet. The work was to make the elements work better together, as a motivator and co-ordinator. Sealing cracks, cleaning, smoothing, with an appreciation for artistry and creation. Loosening up energy, balancing dark and light, soft and sharp, or hot and cold. Sacred geometry, time shifts and gridwork It was explained to me . . . you know how you just assigned titles on the pages in your notebook to do readings and you just ran out of space as it was longer than one page? That's what this is. Creation is an ever expanding thing and we have to make room for more new stories in time and space. My lesson was that the more healing I do, the more vibrational fortitude. Also that I attract those who serve my highest good. This lifetime had a holiday aspect to itwith yellow energy, and I loved the trees. We respected everyone's identity, we were better together in groups. I was given the word Jadalot. There were family issues, so I guess karma is everywhere. I'm not exactly sure what the bracelet is for but it's probably a time/space technology that's far over my little third density head lol.

The Bridled Bear of Capella

This was a mission into the underground layers of the planet, using orange energy for communication links and brown to connect with the earth. I utilised bear wisdom, travel and fortitude. Other aspects included adventure, decay, power of will, circumstances unfolding and fortune. Also truth, fear, solid ground, and hollow ground. Wow, sounds like a good movie script!There were battles inside the earth planes that feature a despair. People had to venture for escape routes. We had shuttles to carry us over terrain. The trails were were long and sometimes steep and that's where a bear comes in handy to carry goods for people.

How did we fall under such a regime? We entered a time warp that continued on but should have rested! This causes structural delays and havoc in the space - time continuum. We have other planets to think about when this happens. Sudden changes can cause unrest. We have to think about the future and plan for such things. Mistrust occurs and power struggles appear during times of grief. Lifetime lessons were that a friend is in my life for a reason and to use imagination for fresh ideas.

The Doctor of capella

I'll carry on this story from above. I tend to keep my face the same in the human lifetimes for some reason. I think it's partly because unawake soul members can recognise me easier. This was a fifth density violet mission, of using spiritual ways with owl wisdom and my guides helped me as a doctor for the troops. A General Noriega sort of character decided he liked my vibes and I lunched with him. He became diseased and it brought me to do research and testing on animals such as mice for cures. The climate on board the ship was unhealthy and sores stared to appear on the resistance troops. The general became anguished with conditions. But that's what happens with getting old. The troops were only 18-19 years old and they left their family behind.

I was there to help and aiding all creatures for the greater good. I used my vibrational frequency to cope. There were digital thermodynamics, telepathy fields, and computer matrices. There were also police helicopters with advanced technology, forcefields and resonant frequencies. I was referred to the TV Series Battlestar Galactica as a setting. I need to watch that again! There were ape beings in suits with headdress, and I'm not sure if they were the police. I was given the word Jooba. It was a learning of different languages and travelling to different star systems, as well as the cancer research onboard the ship. I learned with fresh new ideas and by challenging principles of the cold reasoning of lab experiments.

The tree Helper of Capella

Here's another brown mission in fifth density for renewal, healing, regeneration, nourishment. I was given the word Capacaeli. One of the jobs was sharpening the focus of the tree so that it's not late for the seasons. I was setting the wheels in motion for harvest time roots and shoots. It was a friendly, independent maternal energy and I worked from the trunk to the branches, helping them to harness the energy from the sun, sprit and soil, giving gravity and blessings. That's why I love wood so much now! These trees have a subtle strength and capacity to heal others. We need to protect and nourish them today. We need to protect their status and save a place for them and all of mankind. This is where the stability is. Allow patience and growth for these eternally important trees. They give us strength, food, protection and shelter, stability and healing for all our days. They are a true gift to us and we must respect this. We elementals are three feet tall, like humans with wings and feet and deep green eyes to mesh with the trees and we are brownies. We can sink into the atmosphere and sway in the wind. Our true beauty lies in the spirit and feeling we have for all around us, as we are a reflection of each other. We seek growth and change like all beings. We have many plans and thoughts to be wild and free. We love all the nature and its spirits. It's a wonderful freedom in the natural kingdom. That's all, go and fly my dear *~

Higher self aspect in a future timeline

A leonine with fire energy, a force for creation in the Capella star system 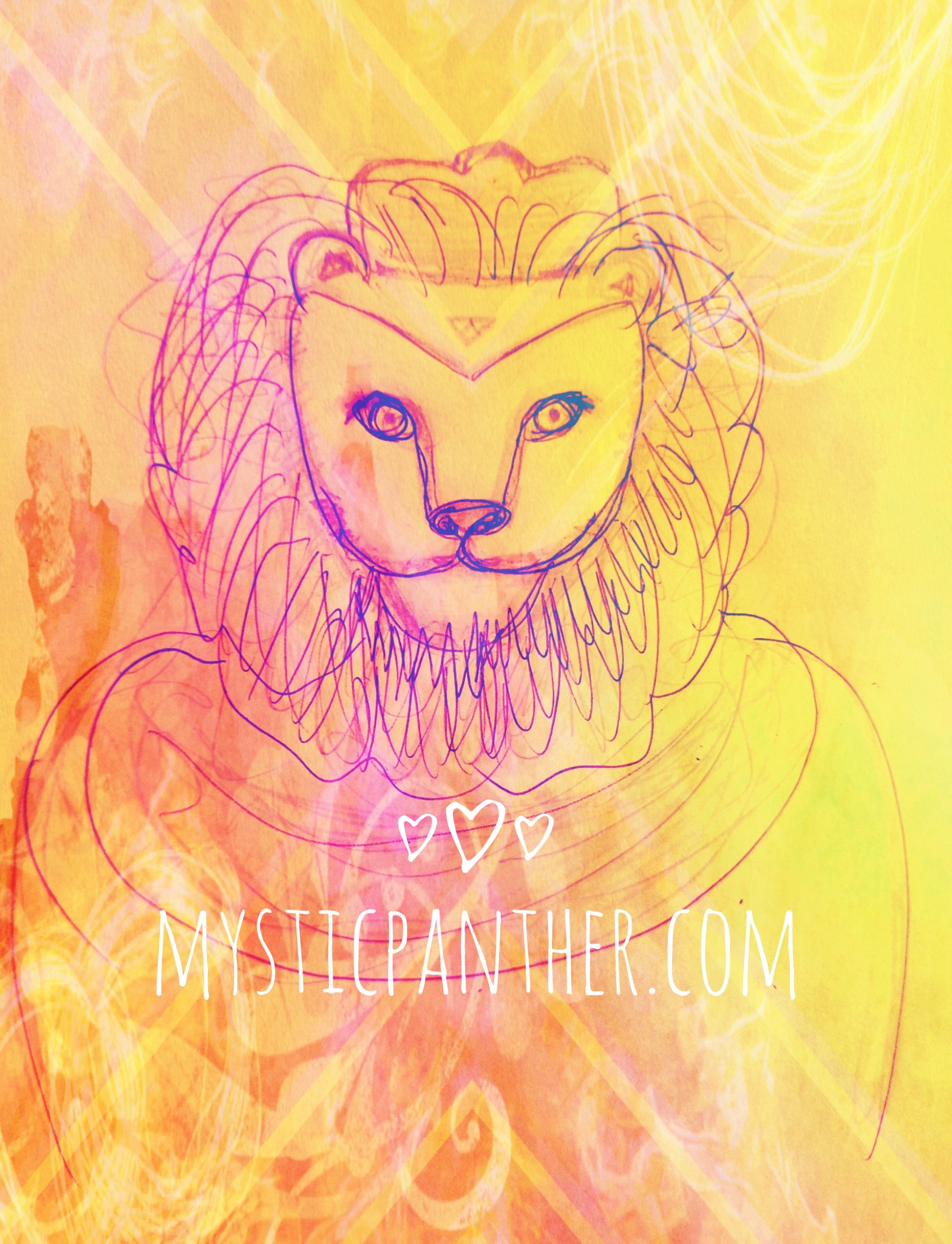 - Lesson: freedom of expression
- Mission: is in colour brown for working at ground level and red for creative expression
- The work: creating hybrid beings to expand our experience in this universe (4th-5th density).
- The triangle represents: me, myself and I, past present and future as a multi dimensional being. We have access to all of these timeliness. Keeping the flow and bouncing perspectives around in a creative space

There is no judgement, only diversity and growth. In the Capella belt, the energy is slow, as is the flow. Widening the birth rate. Wounds can be healed and sealed. We can't stay the same, we must keep changing. This creates more perspectives for beings to exist in. Shifting, changing, choosing positive traits. Refining features over time in evolution as we did on Earth for Cro-Magnon, Tyrannosaurus rex, or the horse. All beings are sentient in any shape. A taste of each aspect of the animal energy creates a force for change and good. Your origin creates a signature, but doesn't define you as you are multidimensional.

The beauty of music, the lightness of day, the making of creatures brings faith and replay
This is a sweet mission it's filled with delight, the tales are there for us with each passing night
Such wisdom upon us to see it in play, what's here is before us to think of new ways...
In freedom and honour it's here every time, the vision is here for us to be unique and sublime
There are so many options to be and choose, ways to exist in each form and to make us relate
We need new perspectives to think and to feel, that so that we create new expressions and widen the reel...
of life in the cosmos, it's only in the playing and making new beings is part of the way
The game is diversity and we must create, for creation is how we feel and relate
Don't think of the concepts of Labs and playing God, as our expression is where the game is, just nod
This is where the fun is, and it gets very loud, so think us good fortune and make us feel proud